In the last and fifth round of the Limburg League Winter Series, Gino and Jelmer played a complicated and exiting game.
Gino who was a half point behind Jelmar and by winning in the direct encounter he became the first classic Winter King in the history of the more than 100 year existing club.Gino congrats!

Jelmer played very good chess as well. We have only met him via video so far which is a pity, we hope soon to be able to meet in person.

Here is the tintanic clash; annotated by Gino. 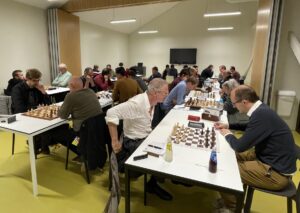 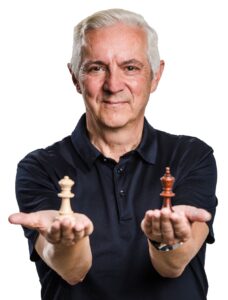 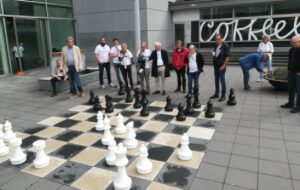